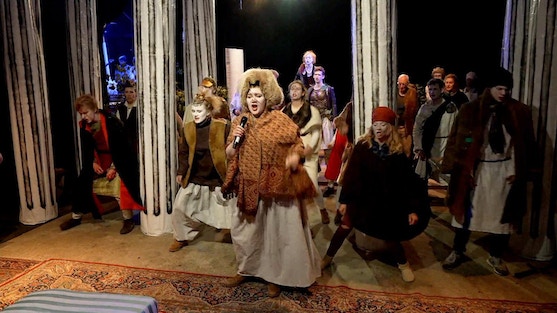 Half a year ago my oldest brother Nikolaus approached me asking, well better telling me, that I should take over the project „Libanon on Stage'' (LOS), which is the main fundraiser for the Lebanon Project of the Gemeinschaft junger Malteser (GjM), the designated youth group of the German Association. For LOS, every year a group of Lebanon Camp volunteers comes to a farm near Frankfurt and rehearses a play in only one week before going on tour through Germany.

When I was younger, I watched a few of the plays that my brother was in. The spirit of the team on stage, the stories from the tour and his joyful mood when he came back made me curious. After I graduated from high school I decided to go to Lebanon, join the one-year Caravan Project of the Order and see for myself what it is that makes people give so much for this country and its people. I was moved by the charism of the project in Lebanon and knew that I wanted to keep volunteering in different projects such as LOS. But I knew that a project this big was impossible for someone to take on alone. So, I asked two of my friends Joris and Leonard, who spent the year abroad with me in Lebanon, if they could imagine doing this together. They were mad enough to agree and shortly after we three rookies were handed over the leadership of Libanon on Stage.

After two years of cancellation, due to the pandemic, LOS needed to come back in 2022. Thus, we immediately had to start preparations. As it is usual with these projects, the beginning does demand very little of preparation, but the closer you get to the day of performance, the more things pile up which need to be organised. For us LOS 2022 began with the decision to cancel the tour three months before the rehearsal week. With the Covid-19 infection numbers rapidly rising, we thought that it was impossible to pull off a tour through Germany without anyone getting infected. So, we started thinking about what the alternative could be. Our director Severin had the radical idea about transforming a play into a livestreamed theatrical experience with one camera and no cuts. We took this idea and started planning and building around it. First, we had to make another big decision: changing the play (originally Shakespeare was planned) and finding and rewriting a new script. Another month went by until we settled on Dürrenmatt’s “Romulus der Große” (a non-historic comedy about the last Roman emperor doing nothing to prevent Rome’s descent, but being immensely interested in his chickens) and the actors could finally start learning their text.

The last few weeks before the rehearsal week went by very quickly. Every day something would happen that needed to be fixed. One of the most dreadful moments was probably when we had to find a professional cameraman a week before we were supposed to come together. With a lot of luck, research and great skill of persuasion we were able to find someone last minute, which prevented yet another LOS cancellation.

Now lies behind us an exhausting but very fulfilling and blessed week of rehearsals. At the beginning of the week, our team of about 40 volunteers were nervous about the mammoth task ahead.

While the directors spent the first two days conspiratorially going through the play behind the house and discussing a number of crazy ideas, the other teams (costume, set, props, band, etc.) were condemned to extensive twiddling of their thumbs. But then the ideas started to flow, the location was set, and the realisation of the boldest directorial dreams took its course: for the next six days, the entire farm was surrounded by a very pleasant sound cloud of muffled band music, thudding hammer blows, clattering sewing machines, actors declaiming their lines, the hum of the forklift truck and a general, scurrying bustle.

And so the columns of a Roman villa were erected, sandals, togas and armour were made, songs were rewritten and chickens were caught... Despite the euphoric mood in the team, in the hours – especially in view of the immense technical challenges involved in a "live movie event" - the general uncertainty grew as to whether such an effort was completely disproportionate for two hours - during which heaven knows what could go wrong. But the show must go on and thus came the day of the performance.

Finally came the dreaded and at the same time eagerly awaited day of the performance, when stress and hope alternated every hour. It struck 7 p.m. and sweat broke out on all fronts when the transmission initially failed and the sound doubled. After a few minutes of anxiousness, we got the technology back on track and the play picked up. Contrary to expectations, the performance ran smoothly and almost without mistakes. Even the chickens showed unimagined talents and fitted perfectly into the play (without any rehearsals!!!).

After the virtual curtain came down, our relief was immense. When we then heard how many people had watched and enjoyed it, we were truly joyous and deeply grateful, for we had many thousands of spectators in almost a thousand places, in cinemas, schools, homes, on sailboats, across Germany, in Costa Rica, in America, in London and Chabrouh. Altogether we raised donations of overwhelming 70,000 euros.

If you missed you can still catch it here: https://youtu.be/82x9yM_sZ6U

The support of everyone involved, volunteers, viewers and donors, makes our service in Lebanon possible. This summer, we will once again be able to spend many weeks together at the Al Fadi Centre in the mountains of Lebanon, where everyone will be together strengthened in love and faith.

We are firmly planning to put together another performance next year to support our friends in Lebanon. We would be very happy to welcome you in the audience.

Until then have a good time! 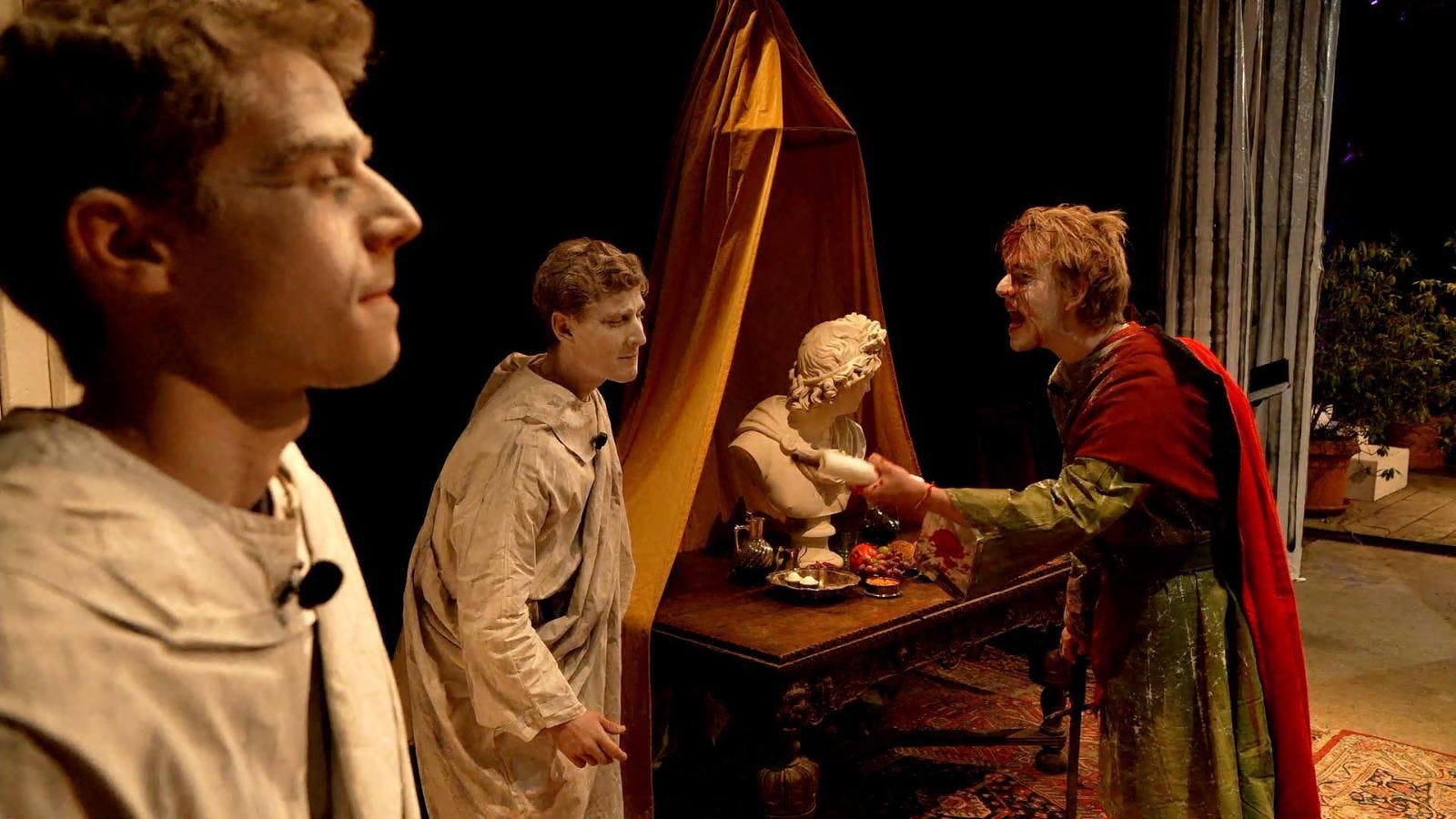 | Reports
In the heart of Munich you can find us in the “Commandery of young Malteser” (Kommende junger Malteser) ...
See more

| Reports
In September 2021, 29 attendees came together at a premier sporting facility on the Gold Coast for the 2021 ...
See more

Reflecting on my first month as an intern at the Order's Permanent Mission to the UN, New York

| Reports
Making the 3,600 mile journey across the pond to a city where I didn’t know anyone, was of course exciting, ...
See more